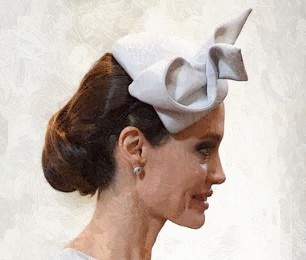 Angelina Jolie is believed to be keeping her eye on making it into the inner royal circle.

The “Tomb Raider” star is thought to be interested in getting closer to Louis Spencer, who is the nephew of the late Prince Diana. A source dishes the scoop that the actress is pretty enamoured with the 24-year-old guy. Although the British aristocrat is young for the actress, anyone can see that he’s a good-looking guy who cares about his family. The report suggested that the Hollywood star sees herself as similar to late Princess of Wales in a lot of ways because they both love children and care a lot about helping others. The representatives for Angelina Jolie did not make any comments about the issue.