Angelina Jolie, together with Maddox, watched Brad Pitt speak about the first phase of his “Make it Right” project at a press conference on December 3. They took a trip to the Lower 9th Ward in New Orleans to help Brad Pitt while he is trying to do some good. 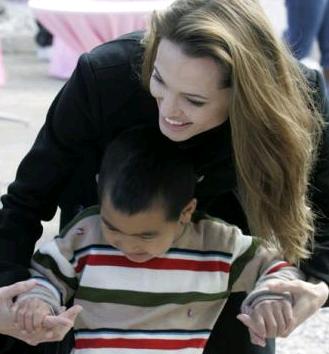 Under the project, for which Brad Pitt has donated $5 million, 150 affordable and environmentally friendly homes are being built for Hurricane Katrina victims.

Brad Pitt said in the event, “The families of New Orleans need the help of families across America this holiday season. We are asking Americans this holiday season to go to our website www.makeitrightnola.org and send a contribution that will help us rebuild homes for these families — and rebuild their lives.”

The “Babel” actor recently opted out of the film “State of Play”, the screen adaptation of the British television miniseries, following creative differences over the script. Australian actor Russell Crowe has replaced him