Angelina Jolie, a Hollywood actress, revealed that she plans to take a year off from film making to spend more time with Brad Pitt, and their kids. 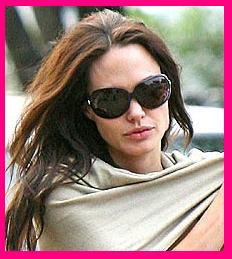 The 31-year-old actress revealed, “We’re getting work out of the way at the moment.” After that, she said, “I take two months off, then I work for two months. Then I take a year off.”

Angelina Jolie said she hopes to return to do more humanitarian work. The actress revealed, “I have a deep love for that part of the world, and I’m saddened to see that every day it seems to be breaking more and more apart.”

In making the film “The Mighty Heart”, the actress said Daniel Pearl’s grisly fate had made her think about the risks of traveling to troubled parts of the world but it wouldn’t stop her.
Angelina Jolie said, “I don’t want to live inside a box.” The actress added, “I will be smart, but I will lead a very bold life and I will learn about the world.”