Angelina Jolie says the whole world feels like her ”family.” The actress feels a connection to people “around the world” and this sparked her decision to adopt three children. 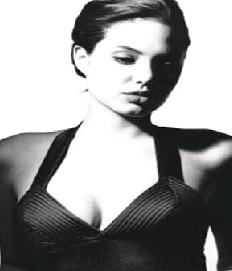 When asked if seeing displaced families in refugee camps inspired her to adopt, she revealed, “It might be part of the reason my kids are from some of those countries, and were on their own. I feel very close to children or people around the world and when I met my kids, they were, to me, extraordinary – and felt just like family. And that’s how I feel about the world and other people’s kids.”

When she adopted Maddox, she revealed, “I fell in love with the people of Cambodia and I was sitting with a little kid playing blocks and feeling like my son was somewhere there. And he was.”

The “Good Shepherd” actress also revealed, “We’re always thinking about adopting others, we fluctuate between like seven and 12. We’re just making sure that everybody has enough time – it can take a full day making sure everybody has special attention.”

The 32-year-old actress added, “I only work sporadically now and when I do work, Brad’s a great Dad, so we take turns as parents.”