Angelina Jolie, the star of the film “The Good Shepherd” has taken her sons to feed killer whales. 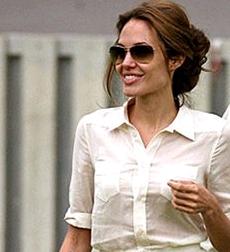 The 31-year-old actress with her two adopted sons to Marineland in Antibes, while in France for the Cannes Film Festival.

But while Pax jumped at the opportunity, Maddox stayed behind a wall as his mother and younger brother fed fish to the ocean predators.

Shiloh, her brothers and two-year-old adopted sister Zahara were treated to cookies and cake and were allowed to play with over 50 different colored balloons.