Kate Middleton, the former girlfriend of Prince William, has enjoyed a night out with a new man.
The fashion buyer visited one of Prince William’s favorite spots, London’s Mahiki club in Mayfair, with her mystery man and a few pals on Wednesday night. 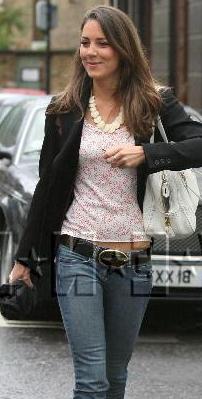 The 25-year-old brunette ordered the prince’s favorite cocktail, The Treasure Chest, chatted to Prince William’s friend Guy Pelly and “got close” with her new male acquaintance.

A source revealed, “Kate and her date were getting close at their table. She was in unusually high spirits. She had a table within the VIP section and was dancing around.”

Kate Middleton and her mystery man left Mahiki to continue their night at another of Prince William’s top hangouts, Boujis in South Kensington.

As they exited the club and clambered into their taxi, Kate’s new man put his hand on her knee and the pair giggled together.