Angelina Jolie, the star of the film “Mighty Heart”, has dismissed criticism she’s an irresponsible parent for traveling to dangerous regions of the developing world in her capacity as a United Nations Goodwill Ambassador. 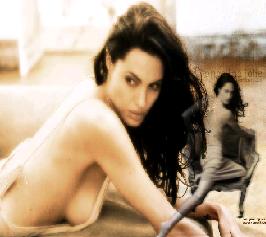 The 32-year-old actress believes her determination to change the planet for the better is instead a shining example to her kids.

The actress revealed, “I do no service to my children by staying home and allowing the world to be what it is. That’s not teaching them anything, it’s not raising them properly.”