Angelina Jolie, the star of “Mighty Heart”, used her recent experience of pregnancy to help relate to her real-life character Mariane Pearl’s trauma at learning her husband was missing. 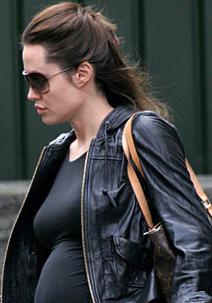 The actress plays the role of the widow of U.S. journalist Daniel Pearl, who was kidnapped and murdered in Pakistan in 2002, in new film A Mighty Heart. But she insists her characterization would have been much weaker had she not given birth to daughter Shiloh Nouvel with boyfriend Brad Pitt months earlier (May06).

Angelina Jolie revealed, “People tend to forget that Mariane was five and a half months pregnant at the time. So through all of her fighting, trying to stay calm and working so hard to find her husband, losing sleep over it, she was heavily pregnant.

The actress added, “When we were going over this story, I was thinking about that. I remember being six months pregnant and thinking, I can’t imagine not having the father with me. So as a woman it made me so much more connected to Mariane.”