Victoria Beckham has explained her recent new look is all part of a move away from the foot baller’s wife label. 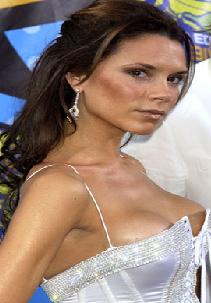 The 33-year-old was first spotted sporting a blonde bob hairdo earlier this year after ditching the obligatory Wag extensions.

In a recent interview, she admitted the restyling was due to her “looking too much like a foot baller’s wife”.

Victoria Beckham, who will relocate to the US this summer when husband David Beckham begins his contract at LA Galaxy, has admitted she “didn’t sleep for two months” while she sorted out new schools for sons Brooklyn, Romeo and Cruz.

She revealed, “I had to promise to make cupcakes, paint the new playing field and lunch with the mothers.”

As for the rumors that she and David were hoping for a daughter, she revealed, “At the moment I couldn’t cope with any more [children].”