Angelina Jolie talks about her struggle with her divorce, which she thought it was difficult for her and the kids. 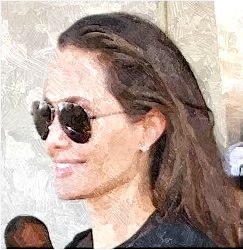 The 41-year-old star previously filed for divorce from Brad Pitt last September. Although the couple reaches an agreement with the custody papers, she wants to focus on her kids. She also adds that they will stay a family and the situation somehow makes them stronger and closer. Meanwhile, Angelina and her kids attended the premiere of her new film, ” First They Killed My Father” in Cambodia. And the movie is going to be released on Netflix later this year.