Does Angelina Jolie fear a fall afternoon on the fourth Thursday of November in Springfield, Missouri? The “Good Shepherd” actress is reportedly won’t do anything to happy with their Thanksgiving plans, which include a trip to the Brad Pitt family household for turkey day. 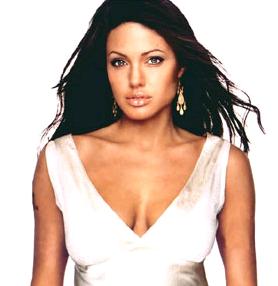 The reports claimed that the 32-year-old actress has never even come close to living up to Jennifer Aniston’s place, Brad’s former wife, in the eyes if the family.

A source revealed something about Brad’s mom, saying, “Jane and Angie have never been on the best of terms. Jane has criticized her in the past for not being enough of a hands on mom, and her continued close friendship with Brad’s ex Jennifer has caused Angie grief.”

The source continued, “Now the latest drama over Angie’s interview is going to put their relationship even more on edge. You get the feeling their never going to be on the same page.”

Another source added, “There is always drama when Angie is around the Pitt clan. She doesn’t feel obligated to discuss certain subjects, like moving the children from school to school, so there’s often little to talk about. She even complained to Brad that she has nothing in common with the rest of the family.”