AnnaLynne McCord accidentally posts topless picture on Twitter after sending it to a female fan. 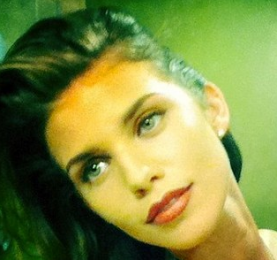 The “Beverly Hills 9021” star intended to send the picture to Megan Lujan and to alert her Twitter followers to it. But her fans observed that her nipple was included in the image so the actress replaced it with a cropped one. Meanwhile, AnnaLynne appeared to forgot the incident when she filmed the scenes for television show in the following day.