Anne Hathaway is spotted together with Adam Shulman in BMW i3. 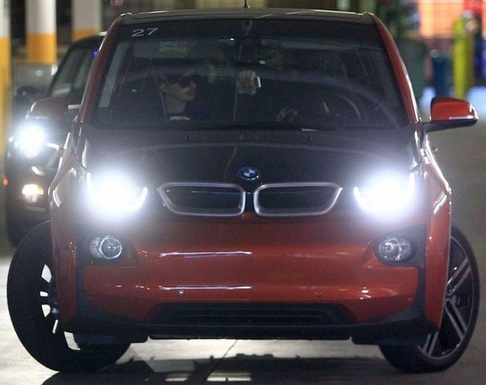 “The Princess Diaries” star and her husband made a quick stop to the grocery store on Saturday afternoon in their brand new car, which won’t be available in the U.S. until mid-2014. It is believed that BMW i3 is worth approximately 42k and the car has been available in Europe since November. Two days ago, the actress applied a dog poop on a paparazzi’s car because she became upset with the photographer, who followed her. Meanwhile, Anne appears to hide her face with a big hat when she went out for a walk with her husband and friends in Los Angeles, California on December 29.