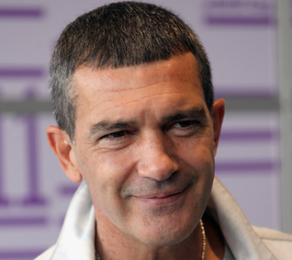 The celebrity stars dined at the Roosevelt Hotel. As the actor was leaving with Pedro, he was approached by a woman, who looked similar to Lady Gaga in a black diamond-studded glasses. Although Antonio seemed taken, he kissed her on both cheeks and ccalled her “Russian Lady Gaga.”