Kendall Jenner and Lewis Hamilton spark relationship rumors when they are together during the weekend in Monaco. 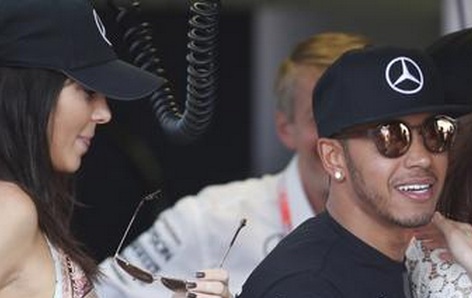 The source claims that the model and British Formula One racing driver are very flirty through out the day. The model appears to love the attention as the driver even sprays water to her back. The source adds that the two celebrities looks like they had a great time. Meanwhile, Nicole Scherzinger does not make any comment when a photographer mention Lewis Hamilton. Although it is obvious that her former flame is being linked to Kendall, the stunning Pussycat Dolls member is silent while leaving The Sayers Club in Hollywood.