Ashlee Simpson accepts Evan Ross’ proposal while they are having a Hawaiian holiday. 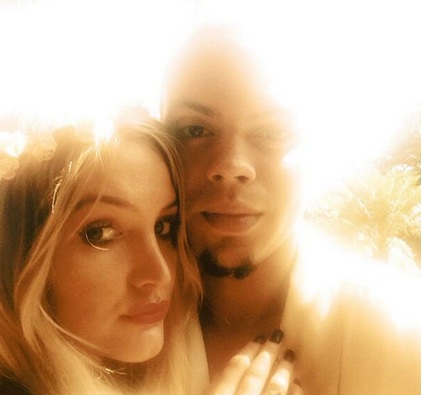 The singer shares the great news and a snap of her big engagement ring on Twitter last Monday. She posts their unsmiling photograph with a caption: “My baby love and I are ENGAGED!!! Hallelujah Hawaii.” Her fiancé also shares the same photograph with a caption: “The love of my life said YES!” It is not surprising since Evan already expressed his desire to marry his girlfriend of seven months after he called her ‘the one’. Meanwhile, Ashlee, who divorced Pete Wentz in 2011, met Evan’s mom Diana in August after her sell-out performance with the LA Philharmonic at the Hollywood Bowl