Ryan Seacrest and Julianne Hough seem to be spending time with each other at Soho House in West Hollywood on Friday night. 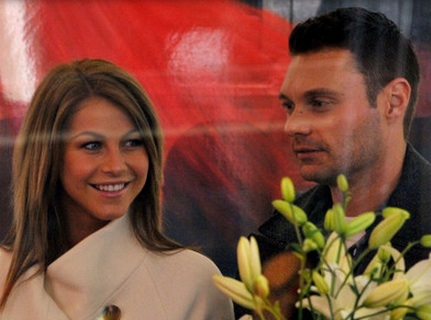 The former celebrity couple appeared to have no hard feelings from their break-up 10 months ago. According to onlooker, it seem that the event was the first night that the couple spoke in a year. The “American Idol” host looked intently at the “Rock of Ages” star during their conversation. The actress praised the host on the great job he did at last year’s Golden Globes for E! Then the host invited the actress and her friend Nina Dobrev to an after-party. Meanwhile, Ryan seems enjoying his bachelor lifestyle during a vacation in Anguilla. And Julianne is focusing on her career.