Ashton Kutcher and Demi Moore escape the media attention over their rumored rocky marriage when they had a Caribbean retreat. 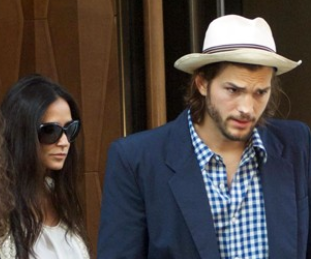 Things have been very strained between the couple but they’re trying to figure things out, according to the source. They spent time at vacation home owned by Bruce Willis in the Turks and Caicos islands. Another source claimed that the couple had to get away since Ashton’s tweeting about the Penn State was the last straw.