Fans showed their anger when they booed Rihanna, who was almost an hour late to her O2 Arena gig earlier this week. 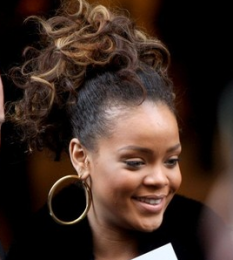 The “Umbrella” singer received angry boos from the crowd as she finally hit the stage for her eighth show at London’s O2 Arena as part of her ‘Loud’ world tour. She was 55 minutes late at that time. Meanwhile, Rihanna surprised clubbers at a London nightclub by giving out advice to always use a condom.