Ashton Kutcher posted a video, where he opened up a little dialogue on the state of honesty and state of truth, on Friday. 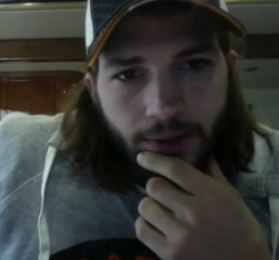 The actor seems to address the tabloid frenzy over his marriage to Demi Moore after rumors sparked that he had a hotel fling with Sara Leal. He insisted that we are our own editors, own publishers and own printers so that people can bastardize the truth in any way. Meanwhile, Ashton was not wearing a wedding ring in the video, where he didn’t make any reference to the woman’s allegations or the status of his relationship with his wife.