Audrey Hepburn has been named the ultimate screen beauty in a survey of Hollywood actresses through the ages. 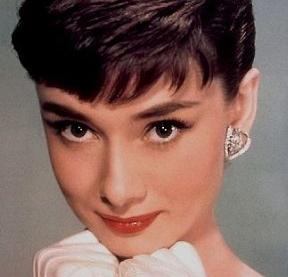 The star of “Breakfast At Tiffany” and “Roman Holiday” was chosen ahead of modern stars including Angelina Jolie, Keira Knightley and Halle Berry.

While blondes have more fun, brunettes appear to have more enduring appeal. Of the top 10 actresses, only three – Grace Kelly, Marilyn Monroe and Brigitte Bardot – are blonde.

The poll of nearly 2,000 film fans put Hepburn in first place, citing her perfect bone structure and almond eyes. Jolie was second, although she was a favourite with younger voters, and Kelly was third.

Nicola Moulton, beauty and health director of Vogue, said: “A great cinematic beauty by definition has to look amazing in motion, not just in pictures. Audrey Hepburn is clearly a timeless beauty explaining why she is the nation’s choice, though a personal favorite of mine has always been Vivien Leigh – she was not only breathtakingly beautiful but had an astonishingly expressive face. Unlike many actresses her expressions never run counter to her beauty, which seems an essential point of her being rather than just a quirk of genetics.”

:: The survey was commissioned by Sky+ HD