Prince William and Duchess Kate recently welcomed a third baby and his name is finally revealed to the public. 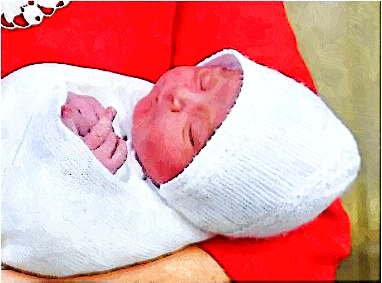 The newest member of the royal family has been named Louis Arthur Charles. The baby will be known as His Royal Highness Prince Louis of Cambridge. He has become the fifth in line to the British throne. He becomes the sixth great-grandchild of Queen Elizabeth II and Prince Philip. He is also a great-great-great-great-great-grandchild of Queen Victoria. Meanwhile, Prince Louis Arthur Charles, who weighs 8lbs 7oz, is unlikely ever to be crowned sovereign. It is because he is a sibling to both future King George and Princess Charlotte. There is a change in the rule of royal succession so Prince William and Duchess Kate’s third child will no longer be allowed to jump ahead of the older sister in the line of succession.