A.J. McLean is going to tie a knot next week so he was giving out death-themed wedding invitations. 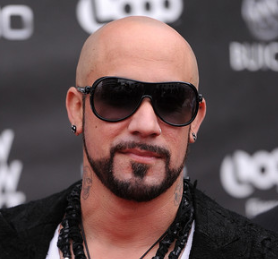 The Backstreet Boys member, who will marry his girlfriend Rochelle Karidis on December 17, sent out the special invites, which contain bloody lettering and creepy gothic imagery. Unfortunately, all cell phones and cameras are banned. Meanwhile, his marriage will be held at Beverly Hills Hotel and celebrity photographer Tyler Shields is officiating.