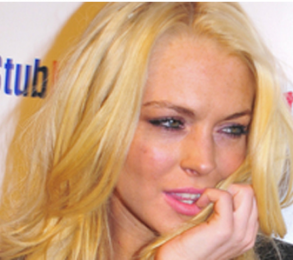 The “Mean Girls” star was seen on the photo while sitting on a famous bunny logo chair, which seems to cover her modesty. The official cover image won’t be out until Dec. 15 and the classy magazine will be available later in the month. Meanwhile, the actress’ representative thought that the layout is absolutely fantastic and very tasteful.