Beyoncé Knowles is sick of reading about supposed feuds between herself and actress Jennifer Hudson. 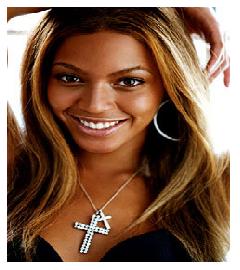 The sexy singer-turned-actress, who starred alongside Hudson in last year’s Dreamgirls, was previously said to be jealous of her co-star’s success in the musical – but Knowles insists there is no truth to the reports.

The “Bootylicious” singer has chastised the press for always speculating of trouble when there are two African-American artists involved. The singer revelaed, “I know there’s a typical rumor every single time I’m involved with any African-American female. Before I even meet them I know the rumor, because that’s just – it is what it is. It’s society, and it has nothing to do with me.”

The singer added, “It’s very unfortunate… But that’s against everything I stand for. I always support women. I love women, and I’m a successful woman, so I embrace talent. It’s frustrating to me. But what do I do? I’ve worked with Jennifer Lopez, Shakira, and they don’t start that. Whenever it’s two black women it’s… unfortunate.”