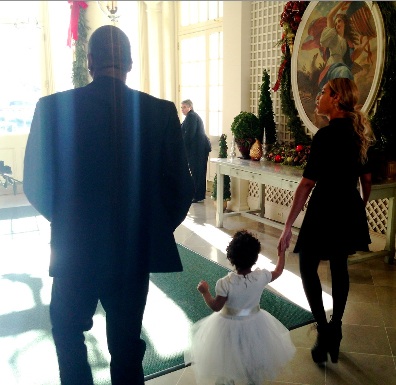 The couple introduced their two-year-old daughter to the guests at First Lady’s party in Washington on Saturday. They stayed up until 2am on Sunday morning. Meanwhile, Beyoncé wore a sparkling gold dress while performing for the guests. She also posted a number of photographs on her Tumblr account from the visit. One picture shows the family headed to the White House and other picture shows the singer with President Barack Obama’s pet dog Sunny and her daughter standing by a Christmas tree wearing a white tutu outfit.