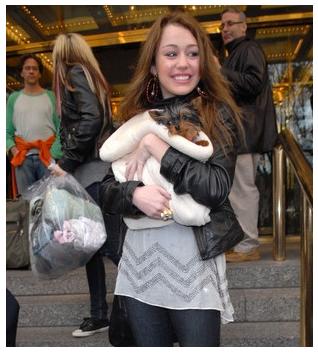 During the radio show interview, the father of “Hannah Montana” star said, “I was catching these crawdads [with daughter Noah, 8] and all the sudden this paparazzi lady jumps out with this big bazooka lens and starts snapping away. My little girl Noah looks up and says, ‘Is that Annie Leibovitz?’”

The photographer Annie Leibovitz has previously made an apology, saying, “I never intended for any of this to happen and I apologize to my fans who I care so deeply about.”