Bon Jovi is the latest celebrity, who was rumored to be dead. Fortunately, his representative dismissed the rumors. 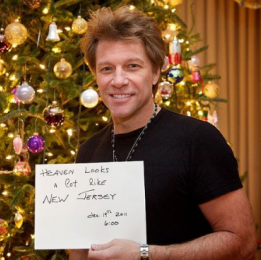 The representative insisted that the singer is alive and well. He will also perform at a charity event. Meanwhile, Bon Jovi posted a photo of himself on Twitter while standing in front of a Christmas Tree with a message: “Heaven looks a lot like New Jersey. Dec. 19th 2011, 6:00.”