Courteney Cox was spotted talking to her former Friends co-star Jennifer Aniston’s ex-boyfriend Brad Pitt at a gig in Los Angeles over the weekend, according to US media reports. 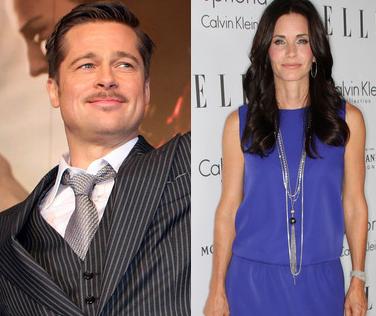 Courteney and husband David Arquette are understood to have spent “all night” chatting to Brad at Chris Cornell’s concert at the Wiltern Theater.

“The three were in great spirits and seemed really happy to see each other,” a source told the New York Post.

The concert was the final night of Cornell’s US tour in support of new album Scream.

While Courteney spent the weekend in the company of Jen’s ex, her Friends co-star was in New York filming new movie The Baster.

The movie, which is due to be released in 2010, has been adapted from a novel of the same name by Jeffrey Eugenides.

Jen also made a special appearance last night on the Jimmy Fallon show, where she spoke about the wild party lifestyle she led in the 1980s.