Paula Abdul may be betting on Adam Lambert making it to the “American Idol” finals, but in a new interview, she said he’ll do well regardless of whether he wins the crown. 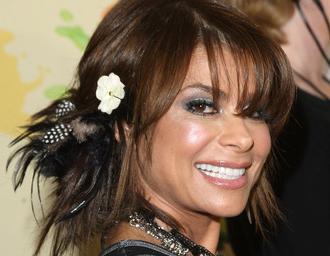 With just four contenders left in the “Idol” ring, Paula said who makes it to the end depends on what the finalists choose to perform.

“They’re all so strong. It’s really down to song selection now, if they’ve got the right song,” Paula said. “It’s classic rock and roll week and Slash is the mentor and we’ll see. I mean, the buzz I’m hearing is that Adam once again blows it away.”

In related news, while Paula’s contract is up at the end of the season, the producers of the show want to keep her at the judge’s table.

“I’m the only one who’s contract is up this season and they want me back, they’ve publicly said that,” Paula noted.

Paula also revealed which the “Idol” judge says was edited heavily, especially with regards to the question of whether she drinks or does drugs.

“She asked and I answered the same question. I was edited up so much. That’s the disappointing part,” Paula said. “I was even saying, ‘I know you want me to have this final like, ‘Oh gosh! Yes, Cynthia! I drink and I do drugs!’ But I can’t say that and you’re not gonna get that from me because anyone that knows me knows that I don’t and I don’t.”

Paula said she was asked whether she drinks, multiple times during the interview, which aired on ABC last month.

“I’ve answered it for at least 500 times,” Paula said of the question that has come up over the years. “The whole pitch was it was going to be such a celebratory piece on [me]… and it’s gonna be eight minutes long.”

Paula said the only drugs she takes are prescription ones dealing with nerve regrowth, related to her severe spinal cord injury. Other than that, she sticks to acupuncture, which she undergoes several times a week.

But it wasn’t an easy process to whittle her Western medications down to just the nerve-related ones. Paula said after taking meds as a result of 15 surgeries, she decided to go cold turkey, something which came at a price.

“I said I want to get off of every kind of traditional medicine and no one warned me how difficult it would be,” Paula said. “I never should have done it cold turkey like that, but I was feeling sick from the medicine that I was taking.

“I felt like I was gonna die,” Paula continued of going cold turkey. “It was such bad pain and a sick feeling, but at the end of the day, when it was all over I felt so much better. And the thing is, I have severe spinal cord injury and it’s complicated and it’s severe and it’s chronic and even though I feel better, when the weather changes, it wreaks havoc.”