Brad Pitt reportedly bought Soviet era T54 Russian tank, which is dropped off at his house. 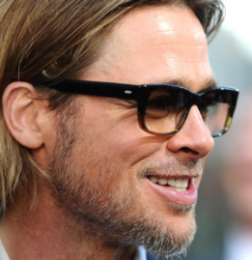 The armored vehicle was added to the actor’s collection after being used as a prop in “World War Z.” The tank is currently being shipped to Los Angeles, where it will be reunited with Brad. Meanwhile, his upcoming film is scheduled to be released in December next year.