Brad Pitt blows it as he whizzed through Beverly Hills on Friday, literally. 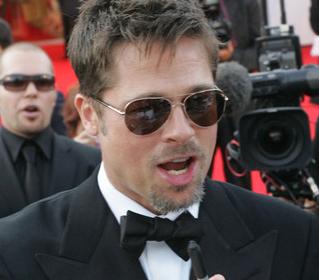 Internet cops TMZ site have captured the video of Brad Pitt blowing though a stop light on his motorcycle. He flagrantly running a stop sign yesterday in Beverly Hills.

Cameras caught Pitt as he took off on his motorcycle Friday and was caught riding through a stop sign, seen in a video posted on TMZ.

TMZ claims Pitt’s wife, Angelina Jolie, was not with him.

TMZ also added: “Brad was in a big hurry as he left the building of his manager, came to a stop sign at busy Wilshire Blvd. and ignored it. Other drivers were honking mad, clearly not knowing what lurked under the helmet.”