Brad Pitt saved an extra from getting crushed after falling over during a battle scene for film “World War Z” in Glasgow, Scotland. 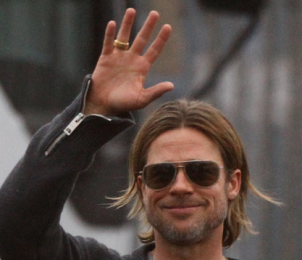 The actor grabbed the woman when she stumbled and was nearly trampled while shooting. On-set source dished that Brad came to rescue of one woman who slipped. But the extra was grateful despite having a badly grazed knee. Meanwhile, loads of extras suffered bumps and scrapes during the battle scene.