Brad’s mother stunned Jennifer Aniston with a secret according to a family source. 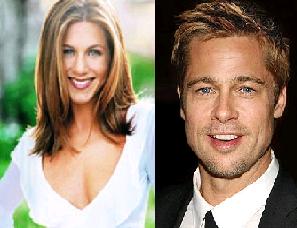 Since the couple breaks up in 2005, Brad’s mother has remained very close to his former wife as they continue to talk and see each other.

A friend revealed, “The most difficult thing for Jen was when Jane told her ‘I know Brad still loves you.’ That really blew Jen away. Although she’s reluctant to admit it, the fact that Brad still loves her gives her new hope that they can at least have a close friendship.”

An insider also revealed, “I think she wants Jennifer to understand that Brad isn’t a heartless man. After all they went through; he still has strong feelings for her.”

It was also claimed that Brad’s mother told Jennifer Aniston during their marriage, Brad wanted at least five kids and he had a fear of commitment and had been damaged by past relationships.”

A source added, “Those close to Brad wonder what his next move will be and if his relationship with Angie will survive all the stress of her weight loss, the sadness over her mother’s death, the demands of an ever-growing family, the jealously of other people and the grueling world travel. And, of course, there is Angie’s deepest fear- that Brad will leave her and go back to Jen.”