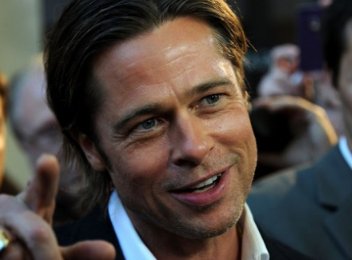 The 47-year-old actor, who plays the role of United Nations employee Gerry Lane, allowed her oldest sons to see him film a scene, which he was shown running away from zombies. A source dished that Brad was very cheerful and happy to have his kids on set. When he finished the scene, he brought the kids to his trailer.