Brad Pitt opened up on his recent clash with Ukranian ex-journalist Vitalii Sediuk, who attempted to get to the actor after jumping a police barrier. 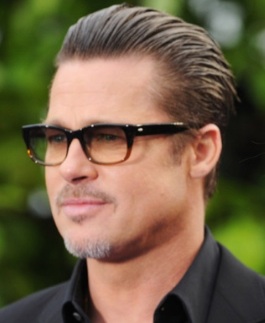 When the ex-journalist stage-dived over the barrier, the actor was at the end of the line and signed photographs. He tried to latched onto the actor’s lapels and tried to bury his face in his cr*tch. Fortunately, the actor hit the suspect twice in the back of the head. Brad explained that he did not mind an exhibitionist but if someone continued this act then the incident will spoil it for fans, who waited for an autograph or a selfie. And the suspect should know that he is going to get stomped the next time he will try to look up a woman’s dress again. Meanwhile, the incident happened at the premiere of Maleficent, where the actor joined his fiancée Angelina Jolie last Wednesday