Duchess Kate sparks a new privacy row after a German tabloid included a picture of her bottom. 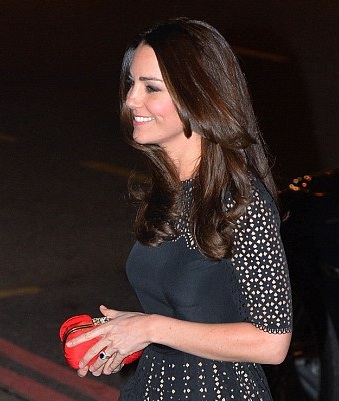 The Duchess of Cambridge is exposed when the Bild.de published her picture, which showed her dress blew upwards after hopping off a helicopter with Prince William at the Australian Blue Mountains. The tabloid indicates that the rotor blades of helicopter swirls the air so that the brunette beauty’s summer dress blew up, which gives a clear view of her beautiful bottom. The pictures were bought overseas, which fuels bidding war, since British magazines and newspapers refused to publish them. The photographs cause online arguments on why Duchess Kate doesn’t wear weights in her dresses like the Queen to avoid future wardrobe mishaps. The British royals have not commented about the photographs.