Brad Pitt was really turned on by Angelina Jolie when she was pregnant. 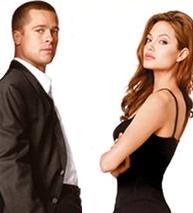 The “Good Shepherd” actress, who gave birth to Shiloh in Namibia, has revealed the pregnancy did wonders for her love life.

The 32-year-old actress revealed, “I loved being pregnant and fortunately I was with a man who found it sexy, too. In the weeks before the birth we’d have dinner in the dunes by candlelight. We would have tents out there and we had the ocean.”

The actress added, “I’m so happy for my children – especially Maddox. I didn’t know if he was ever going to have a dad. So when I watch him and Brad having real father-and-son time it’s hot. I mean, there’s nothing sexier than a man who is a great father.”