Jessica Alba, who previously split with Cash Warren and reportedly reunited with him, did not want to be apart with each other so they are set to give it another try. After four weeks of long distance phone break-up, the couple was spotted canoodling. 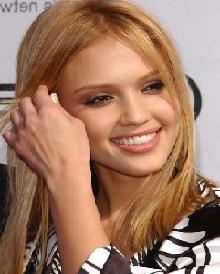 The pair was seen together four times in one week all around Southern California. According to a report, “They were arm in arm on an L.A. beach on August 22, ate dinner at Taverna Tony in Malibu on August 25 and had lunch at Le Pain Quotidien in Beverly Hills on August 26 (where she sat on his lap), followed by supper that night at Nobu in Malibu.”

Tony Koursaris, the owner of Taverna, revealed, “I said to them, ‘I’m so happy to see you here!’ And they both said, ‘We’re happy to be here too!'”

A source revealed the reason why the couple decided to rekindle their romance again, “Cash has been miserable since they broke up. And I guess she’s missing him.”