Brad Pitt wouldn’t hold back for a custody fight after asking for joint custody of the six kids, which he took care of with Angelina Jolie. 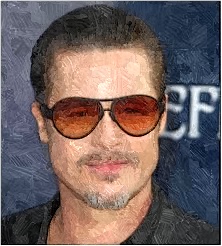 The “Fight Club” star responded to Angelina Jolie’s divorce petition and handled the issue evenly with her request for sole physical custody of the kids. According to the report, the “Tomb Raider” actress chose sole custody after the actor allegedly hit Maddox on a private jet. Meanwhile, the Hollywood stars did not say anything about spousal or child support.