Bradley Cooper and Zoe Saldana appeared to be very affectionate with each other at Sundance. 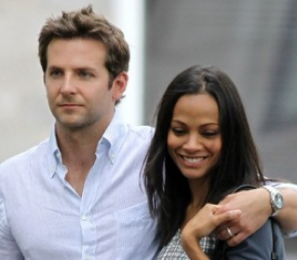 The co-stars appeared to confirm their romance in public through their kissing at a cocktail party for their film The Words at the Park City, Utah, film festival. They were also involved in deep conversation and a lot of giggles. Meanwhile, Bradley and Zoe previously attended the private party and interacted with other guests at the dinner.