Chord Overstreet and Emma Roberts are believed to have broken-up after nine months of dating. 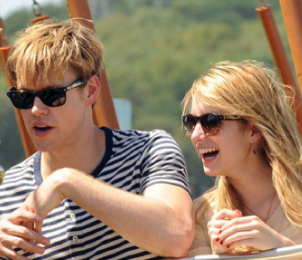 The celebrity pair decided to split because they grew apart and they are on two different paths in life. Chord and Emma were previously linked in April and took their romance publicly in July.