Britney Spears, the troubled pop singer, may have found a new shoulder to cry on as she battles her way through rehab for reported drug and alcohol problems. 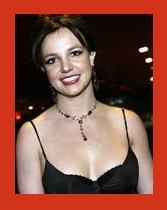 It was reported that the 25-year-old pop singer has fallen in love for Jason Filyaw, the 33-year-old lead guitarist of the rock band Riva. The report revealed that Britney Spears met Jason Filyaw, a recovering alcoholic, at a meeting of Alcoholics Anonymous and plans to move in with him when she completes her treatment in the rehab.

A friend of Jason Filyaw revealed, “Britney adores Jason,” and added, “He’s been a tower of strength for her at the lowest point of her life. She’s convinced Jason can help her through rehab because as an alcoholic, he’s been through the same thing.”

According to the reports, Britney Spears send e-mails and phones Jason Filyaw constantly. The two have pet names for one another. Jason called Britney with pet names such as “Sugar, Kitten and My Lady,” while Britney called Jason as “Mr. Secret, Underground Guy and J-sun.”