Britney Spears was spotted while posing with a group of Marines from the HMLA-169 “Vipers” at her concert on June 24 in Anaheim, California. 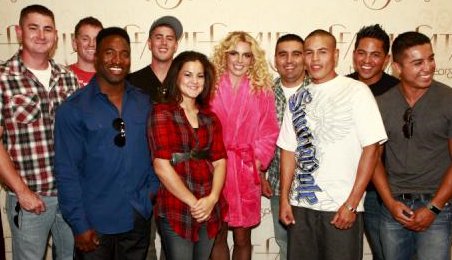 The 29-year-old pop singer reportedly bought tickets for the Marines after they made a YouTube video of her song “Hold It Against Me.” Britney felt so honored to meet the Marines of HMLA-169 ‘Vipers,’ who made the youtube video.