Jamie Lynn Spears is getting closer to being a new mother with each passing day, the latest math puts her at roughly seven months pregnant and Britney Spears seventeen-year old sister has put away the college sweatshirts and she is proudly displaying her baby bump in tight clinging shirts that show off her new form. 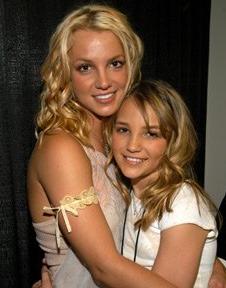 Now Britney Spears is working hard to make certain that by the time Jamie Lynn has her new little baby, the former pop princess would love to back in her two little sons’ lives on a regular basis.

She revealed, “Recharged and renewed with a new body and attitude, the pop princess has her sights set on getting her boys back.”

The magazine notes that she and her family will go back to court next month in hopes of restoring overnight visits with her two sons, Sean Preston and Jayden James. She promised to expose the surprise person who is supporting Britney Spears’ endeavor to spend more time with her kids.