Britney Spears took the helium challenge during an appearance on The Jonathan Ross Show on September 30. 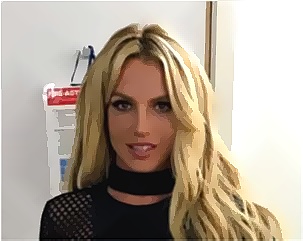 When she lost a game of “forfeit tennis,” the “Make Me…” singer had to sing after inhaling some helium from a balloon. When she took a deep breath, she began singing Taylor Swift’s hit “Shake It Off.” Meanwhile, Britney revealed that Piece of Me is up for two awards for the Best of Las Vegas namely, Best Bachelorette Party and Best Resident Performer this year. She thought of Vegas tonight and encouraged her Twitter followers to vote for her song.