Britney Spears, who has been enjoying a n@ked romp in a hotel pool, has two romps with former assistant Shannon Funk and back up dancer Matt Encinias. Both incidents had hit the covers of the entertainment news. 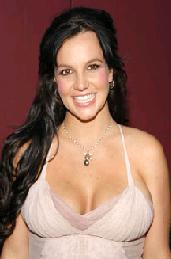 There is a speculation that the troubled pop singer was set-up according to the charge by former girlfriend of Matt Encinias. She revealed that Matt and Shannon Funk are friends and they set up the “Toxic” singer for a big cash pay out.

She added, “When Shannon was mad at Britney I think she and Matt set up a plan to make money off her. Britney’s naive and didn’t realize she was being set up.”

As for the former assistant of Britney’s statement, Shannon Funk declares “no way. You have completely false information. I didn’t know Matt, (and) Britney is a friend of mine and I wouldn’t sell her out for any amount of money.”

You could see the picture of Britney with Shannon Funk here