Britney Spears, who was rumored to steal a wig from a store, was spotted stopping at a gas station for some gas. 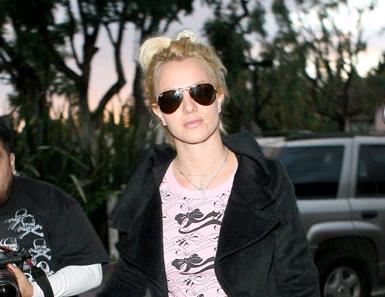 The “Gimme More” singer came out of the gas station brandishing a lighter she claimed to have stolen.

She also bought some gum at a gas station, started to leave, then went back and grabbed a lighter without paying for it. Then she said, “I stole something. Oh, I’m bad. Ohhhhh!”

Jatinder Kaur, the Chevron owner, confirmed that Britney stole his $1.39 lighter, saying, “Yes, Britney stole a blue lighter here last night. The lighter is $1.39. I’m hoping maybe the next time she comes back she will pay for it. I know she can afford to pay for it, but I’m not planning to file a police report. It’s still not right for her to steal the lighter. I hope she will do the right thing the next time she comes here.”