Jamie Lynn Spears, 16, has confirmed that she is pregnant. 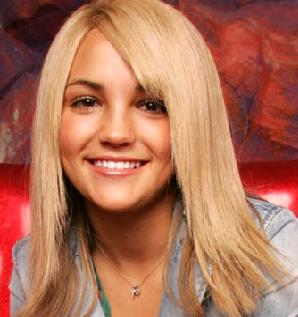 A source revealed the interview, which hits stands tomorrow, is six pages and is on the record with Jamie Lynn and her mother.

Jamie Lynn reportedly revealed to the entertainment magazine that the father of her baby is Casey Aldridge, who she has been dating for some time and first met at church. Brit’s younger sister, star of Nick’s “Zoey 101,” says she’s keeping the baby.

According to the sources, Britney Spears did not know her situation since Jamie Lynn has not yet told her older sister.

Nickelodeon issued the following statement: “We respect Jamie Lynn’s decision to take responsibility in this sensitive and personal situation. We know this is a very difficult time for her and her family, and our primary concern right now is for Jamie Lynn’s well being.”

Meanwhile, here are some details of her interview to the magazine:

On the pregnancy news being a shock to her and Casey: “It was a shock for both of us, so unexpected. I was in complete and total shock and so was he.”

On keeping the news to herself when she first found out: “As soon as I found out for sure from the doctor, I took two weeks to myself where I didn’t tell anybody. Only one of my friends knew because I needed to work out what I would do for myself before I let anyone’s opinion affect my decision. Then I told my parents and my friends. I was scared, but I had to do what was right for me.”

On her mother not liking the news of her pregnancy: “[My mom Lynne] was very upset because it wasn’t what she expected at all. A week after, she had time to cope with it and became very supportive.”

On the message she’s sending to other teens about premarital sex: “I definitely don’t think it’s something you should do; it’s better to wait. But I can’t be judgmental because it’s a position I put myself in.”