Brooklyn Beckham ended a romance with Chloe Moretz because the actress was believed to be too clingy, according to a report. 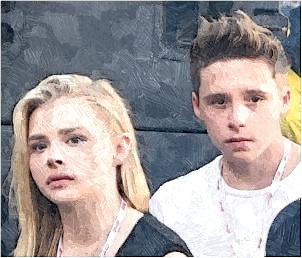 The situation became complicated when the actress was believed to complain relentlessly every time 17-year-old star left Los Angeles and went back to London. A source revealed that Brooklyn is so young with his whole life ahead of him so he did not need aggressive behavior. Although he was strongly infuated with her at first, he could not offer something if she wanted to become more serious. It was because he lived in London. Meanwhile, the source claimed that it was not surprising if the former couple might get back together especially if they go on to mix in the same circles.